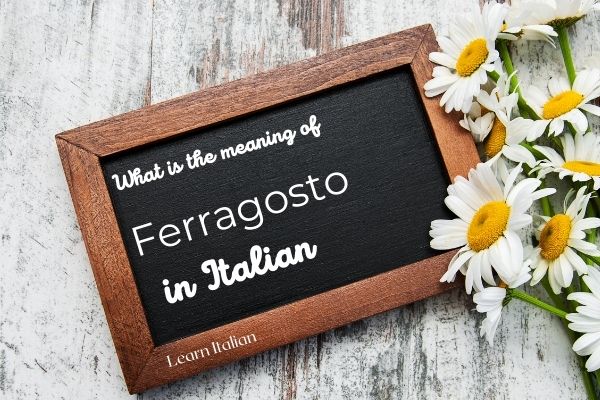 Learn what Ferragosto means in Italian, the origin of the name and the main traditions around ferragosto in Italy.

Ferragosto is an Italian holiday celebrated on the 15th of August.

Ferragosto is a day off in Italy and since it falls in the middle of the summer, it is a time when Italian goes on vacation, either abroad or taking the day to leave the city and get respite from the heat on the beach or in mountainous locations.

In our guide to August in Italy, we talked about how ferragosto may affect your plans.

Today, in this article, I want to talk about the meaning of the word ‘ferragosto’, the origins of this festivity and how to use the expression ‘buon ferragosto!’ to wish your friends happiness and prosperity on this day.

What is the meaning of Ferragosto in Italian?

Ferragosto is traditionally a day of rest and a time when people leave the city to get relief from the heath, meet friends and be jolly.

It is traditional, on the day of Ferragosto, to have BBQ, bonfires, beach parties and generically large gatherings with friends and family.

Need to know! While large celebrations with grills and open fires are traditional, they are a huge hazard at a time like this when large gatherings and wildfires are a threat to public safety. Make sure you enjoy Ferragosto responsibly and always abide by current regulations. Fire and gathering warnings are in place – check local regulations before making any plans.

The origin of the term Ferragosto and it meaning

The origin of the term ‘Ferragosto’ seems to date from the I century AD.

In 18 BC, Octavianus Augustus is said to have established several festive days in the month of August, to mark a moment of pause for agricultural labor, exceptionally hard and unforgiving during this hot month.

Augustus’ celebrations involved horse races and chariot shoes and they were in line with more ancient local traditions that celebrated the ancient Roman God Consus right at this time, to mark the end of the agricultural work for the summer.

The month itself got names after him (Augustus > August / Agosto in Italian) and the celebrations he proclaimed took the name ‘Feriae Augusti’. Feria/feriae in Latin meant holiday/day off/celebration day when public office stopped; Augusti meant ‘of Augustus’).

At the time, the celebrations happened over several days and it seems the most important fell on the 1st of the month and then again on the 13th, effectively making the month of August one with several days of rest, courtesy of the Emperor.

This means that ferragosto, in origin, was a pagan festivity. However, things changed as Christianity spread across the Italian peninsula.

Starting from the VI century AD, we have documents stating that the 15th of August was celebrated by Christians as the day of the Virgin Mary’s Assumption into the sky.

The first mention of this belief is found in the writing of Gregorius from Tours (VI century) and can be found in many writings from the Church’s Fathers.

The Assumption of Mary became dogma in the Catholic Church in 1950, when Pope Pius XII also set the day to mark this recurrence on the already traditional 15th of August.

Nowadays, in Italian, we refer to the 15th of August as Ferragosto or also L’Assunzione and the day is national Holidau.

In fascist times, the 13-14-15 August were marked with special discounts on transport that allowed even the poor to leave the city for one to three days. This helped to set the tradition of ferragosto as a day off and also as a day to leave the city.

On the 15th of August, it is common for Italians to say ‘Buon Ferragosto’ to each other. This is the standard way to wish each other a good day on this summer festivity.

‘Buon’ in Italian means good or, in expressions such as this one, ‘happy’ (like in Buon Compleanno – happy birthday in Italian).

You may hear the word ‘ferragosto’ as part of the expression ‘Ponte di Ferragosto.

Ponte in Italian means ‘bridge’ and the expression is used when the 15th of August falls on a Thursday or a Tuesday.

In this case, many Italians take the extra day off work, ‘bridging’ ferragosto to the nearest weekend, to have a longer holiday.

Ponte and ‘fare ponte’ are common expressions for the extra day off and the locution ‘di ferragosto’ simply defines which celebration you are talking about.

August is the traditional month for Italian to go on holiday. Schools are closed, public offices slow down and overall the country falls into a slower pace: for many professions (not all), August is considered downtime.

The vacations taken from work at this time are often referred to as ‘ferie d’Agosto’, August’s vacations, the ford ‘ferie’ in Italian meaning ‘days off work’.

Ferragosto is celebrated privately pretty much anywhere in Italy but some areas have special events to mark this day. Among the most spectacular, it is worth mentioning: please note that most public events are not running in 2021 for public health reasons.

Palio di Siena, maybe the most internationally famous event of its kind, started in Siena probably in 1605 and still celebrated (current restrictions have it temporarily paused)

Giostra del Saracino in Sarteano, in Val d’Orcia, a celebration with medieval costumes and games

Processione della Vara (Messina), a procession happening in Messina with a celebratory chariot that is said to date back to 1535

Boat procession in Santa Maria di Leuca, during which a statue of the Virgin is carried around town and the to the port, where it boards a highly decorated boat, then carried into the sea and then back into town.

Palo della cuccagna, an event happening in many towns, with participants climbing a tall pole on the central square

Caccia al Cinchiale in Mondavio, when you have three days of celebration with fireworks and renaissance style festivals

Even if you cannot join any of these events, you are likely to see parties and celebrations especially in vacation towns popular with Italian tourists. Always abide by current regulations if you decide to joining in! 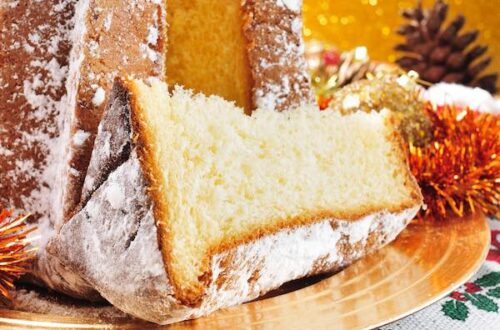 Traditional Italian drinks you will love 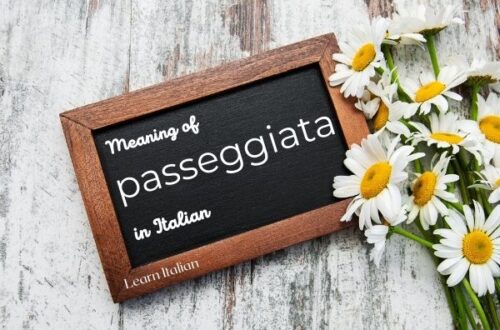 What does ‘passeggiata’ mean? The truth about passeggiata in Italy