Pandoro vs Panettone: what you need to know about Italy’s most popular Christmas foods.

Pandoro and Panettone are iconic of the festive season and are at the center of one of the most heated debated happening in Italian households over the Christmas period: what is better, Pandoro or Panettone?

The debate is mostly tongue-in-cheek but, as you probably know, we Italian take food pretty seriously so the ‘rivalry’ between Panettone and Pandoro is real!

If you want to join the fun debate, this is all you need to know about the Pandoro vs Panettone discussion!

Want to learn even more about Christmas in Italy? Find out the most popular Italian Christmas traditions here.

What is Pandoro? Facts about Italian Pandoro

Pandoro is a type of Italian Christmas sweet bread originally from Verona, in Veneto.

It is made of a soft, airy dough somewhat resembling that of a brioche bread and it is served with a generous dusting of powdered sugar.

Pandoro has a distinctive shape: the bread is tall and it is made in a container that shapes it a little like a star or, more precisely, like a truncated pyramid with 8 angles.

When serving, you can cut it vertically, in long slices, or horizontally: in this second case, it is possible to arrange the slices in such as way to create a sort of sweet Christmas tree, perfect for ending the Christmas eve dinner (or lunch) in style!

The name Pandoro is a combination of two words: Pan = bread and d’oro= golden and, indeed, the inside of this sweet Christmas cake, when cut open, is honey gold in color!

In its most traditional form, Pandoro is plain, however, in recent years many have come out with fillings ranging from chocolate to lemon curd and more.

Pandoro is not a type of sweet people bake at home but one you buy. The first commercial Pandoro was baked in Verona by Melgatti and has a exact date of birth: the 14th October 1884 and the brand Melegatti is still one of the best known in Italy, although not anymore the only one.

Italian supermarkets stock many varieties of it at different price points and gourmet versions are also available in gourmet shops and bakeries and can make a lovely food gift.

Pandoro is usually loved by children but many adults, myself included, are fan of it as a breakfast food.

Top tip! Pandoro is at its best when warm. Pandoro is made with a generous amount of butter and if you warm it up, even just in the microwave, you will get a much softer, smoother tasting experience: it just melts in your mouth!

When to eat Pandoro:

Panettone is the other most popular Christmas sweet in Italy.

Originally from Milan, Panettone is a type of sweet bread traditionally made with raisins and candied orange peel.

The story of Panettone starts a long time ago, so long ago actually that there are several legends and stories attached to its birth.

The story of Panettone

The first story about the origins of Panettone wants this Christmas cake to have seen the light in the XV century precisely on the 24th of December 1495, at the Sforza Castle in Milan.

On that day, the Counts were hosting a sumptuous Christmas eve dinner and the house cooks were so busy they had to enlist the help also of non kitchen staff to help with the many dished in the making.

The hall boy, a 12 year old kid called Toni, was put in charge of supervising the cooking of brioches but he fell asleep and the brioches were ruined.

In a panic, Toni tried to make do with the left over of the dough and added eggs, raisins and candied fruit than he then cooked and presented to the Countess who, apparently declared it as ‘ottimo‘, delicious.

The story stayed in the name of the Panettone, which is said to come for Pan de Toni, the bread by Toni!

Another story has a romantic twist.

According to this one, a wealthy boy called Ughetto fell in love with a simple girl called Adalgisa, daughter of a local baker of little talent.

The family opposed the marriage so Ughetto went in disguise to Adalgisa’s bakery and tried to improve their reputation with the creation of a new bread, which he made with eggs, raisins and candied fruit.

The new bread was so successful, the fortunes of the bakery changed and the family approved of the marriage!

This second story has an interesting aspect: the name of the boy, Ughetto, is close to the Milanese word for raisins (ughetta), a telltale sign of the legendary nature of this story!

The first commercial Panettone saw the light in 1919 by the hands of Angelo Motta, a brand name still now in business and available in all Italian supermarkets.

While the original recipe of Panettone calls for both raisins and candied fruit, several variations are now available, including Panettone stuffed with chocolate, lemon curd, liquor and more.

When to eat Panettone:

So Pandoro vs Panettone: what is best?

The Pandoro vs Panettone is like a derby match in soccer: one side will never see eye to eye with the other!

The only way to know which one is best is to taste, and find your very own favorite! Buon appetito! 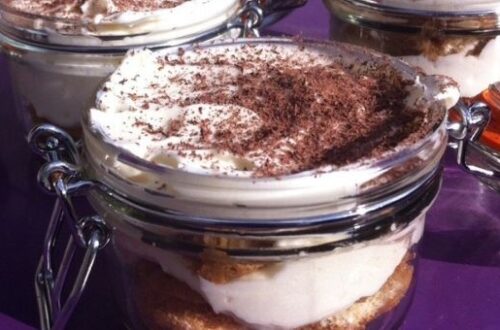 Italian aperitivo: all you ever wanted to know + how to make it at home