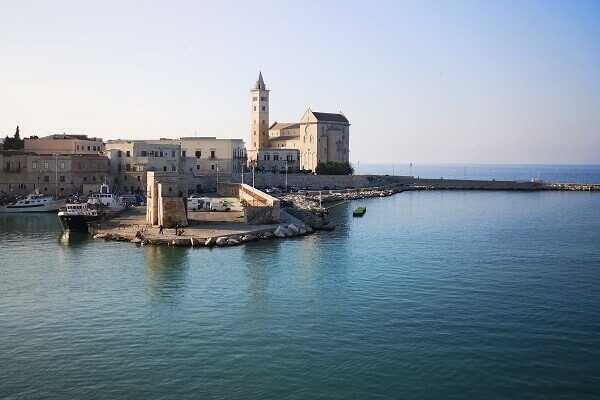 The best things to do in Trani, pearl of the Adriatic and one of the prettiest towns in Puglia, Italy. Practical travel guide.

The small town of Trani, on the Western coast of Puglia, Italy’s heel, is a gem of cream buildings, blue sea and breathtaking sea views.

Its most famous landmark is its stunning Romanesque church at its port, looking over the city like the lighthouse that would be expected in its place but the whole marina area in Trani is lovely and its surrounding area has some important cultural attractions worth seeing.

If you are planning a trip to Puglia, Trani is simply a must see.

These are the best things to see and do in Trani and travel tips to make the most of your visit.

The best things to see in Trani

Trani is gorgeous small town that you can visit in a matter of hours.

The best way to tackle the town is to head towards the historical center and allow yourself to follow your instinct.

However, you want to make sure you include in your wanderings these Trani attractions.

Most of them are beside one another and make for an easy, self guided Trani walking itinerary.

These are the best things to see in Trani.

A list of things to do in Trani can only start with the Trani’s cathedral, the church of San Nicola Pellegrino (St Nicholas the Pilgrim).

The church dates back to 1143 and is built in simple yet striking Romanesque style in an incredible positions.

Unusually, rather than in a square in the center of the city, the church is perched right on the seafront, in the location where you would usually see a lighthouse.

Visually, the result is breathtaking: the cream color of the church and its pointy exterior are like a mirage against the backdrop of the sea and the sky and will remain with you as the strongest visual memory from this beautiful town!

This is one of the most unique church squares in Italy and one not to be missed.

Trani’s marina is just in front of the cathedral and a lovely pace for a drink or a meal with views over the boats and the church itself.

We sat outside and ordered stracciatella (a local specialty): highly recommended!

Il fortino (lit. the small fort’) is a viewing area between the city park and the marina and the most scenic location in Trani.

Made of the same cream stone as the cathedral, the so called ‘pietra di Trani‘ (Trani’s stone), it is a short scenic walkaway with a beautiful arch framing the view and is a perfect spot for photos and

Trani has a lovely city park located immediately beside the marina, along the seafront.

the park is a lovely, shaded oasis with walking pathways, statues and lovely terraces overlooking the sea and is also has a playground for kids and pubic toilets (a rarity in Italy!)

It is worth goig to the park for a walk and the views and it is also the place from where you can access the above mentioned ‘fortino’.

The most famous castle in the Trani area is Castel del Monte, now a UNESCO world herita site, however the city also has its very own castle, the ‘Castle of Trani’.

Thew castle ws part of the network of fortifications wanted by Frederick II in the XIII century and is built right where the land meets the sea, in an area of very shallow waters that offered excellent protection from assalults from the sea.

The castle is made of the same stone as the cathedral and was built with the same plan as those by the crusaders in the Holy Land, with a quadrilateral perimeter and turrets at the four corners.

The castle went through several architectural interventions and became a prison n the 1800s, before becoming a museum in the 1960s.

You can take a free virtual our of this castle here

Trani has several smaller museums, some about unexpected topics!

The Diocesan Museum, The museyms ofthe Synagogue of St Anne, the Pinacoteca Ivo Scaringi (with collections linked to Trani and its history), the Chariots museum and the museum of the typewriters

A list of the best things to do in Trani wouldn’t be complete without a recommendations for a walk around Trani old town pretty streets.

They are all over the port area and a small delight: the real gem here are the details.

Look up for the peculiar balconies, unexpected carvings and the the mix of grand and crumbling Southern Italy does so well!

Trani is an easy and pleasant town to visit with kids.

The highlight for ours was the park, with a nice playground, and the fort, which is pretty exciting for children and so beautiful it will charm people of all ages!

If you are staying for a longer time and are interested in local events in Trani for kids, we found this to be a good resource

How to get to Trani

Trani is located on the Easter Coast of Puglia and overlooks the Adriatic sea.

The closest airport is Bari, about 30 mins away by car.

Other airports you can use to visit Trani are Brindisi (1h45 mins by car) and much farther away Naples (2.30 hours by cat).

The easier way to get to Trani is by private car, which is also the most convenient means of transport to explore the surrounding area.

Trani is well indicated on all main roads and parking is available on street (pay and display, bring coins).

The most convenient area for parking is close to the marina: follow directions for the cathedral, seafront or harbor and you will find the blue-lined parking area just in front of Giardini Comunali (the city park), minutes away from all attractions.

If you prefer not to drive, you can reach Trani by train or bus or visit with a local tour (see below)

Trains to Trani depart regularly from Bari, with several options during the week and fewer at the weekend and take about 40 minutes to an hour, depending on the type of train.

Buses also connect Bari to Trani and the journey takes about 45 minutes. You can find the timetable and prices here.

The best tours of Trani and surrounding area

The best way to learn about Trani and also discover the marvels of the area surrounding it without having to drive is to join a local tour.

Some to consider are:

Where to stay in Trani

Trani has good accommodation options. Some to consider on booking.com are

Le dimore di Don Corrado – beautiful B&B with a terrace with one of the most beautiful views over Trani you can ever ask for.

I hope you enjoyed this quick guide to the best things to see in Trani and it inspired to go! Safe travel planning. 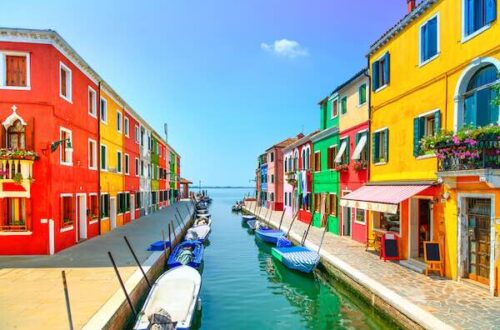 Visiting Burano: all you need to know about Italy’s most colorful town 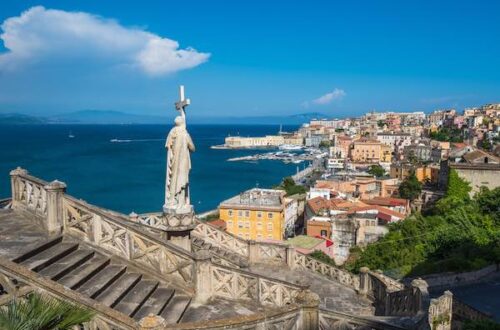 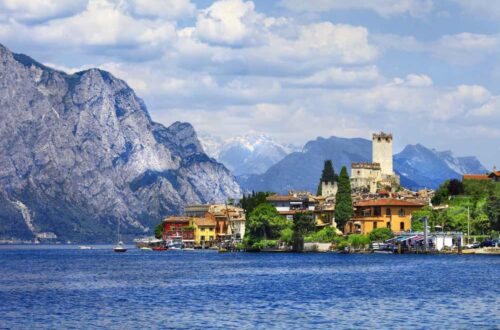