How to get to Lake Garda: find out the nearest airport to Lake Garda and ground transportation options with this local travel guide with all the practical info you need to get to your holiday destination on Lake Garda, Italy.

Lake Garda is a popular vacation spot in Italy, well connected to the rest of Italy and the world by several airports and a network of trains and buses.

If you are coming from abroad, picking the nearest airport to Lake Garda is important to minimize transport time and start your vacation sooner.

This is all you need to know to get to Lake Garda by plane. If you are not sure where on Lake Garda you are going ti stay, I recommend you read our guide to the best places to see on Lake Garda first.

As an Amazon Associate I earn from qualifying purchases

Where is Lake Garda?

Lake Garda is in the northeast of Italy, in the Veneto region. The nearest big cities to Lake Garda are Verona, Venice, Milan and Bologna.

The main getaway town to the lake is Verona.

In the majority of cases, traveling to lake Garda by plane of public transport will include passing by Verona and, possibly, having to change to local trains/bus/ferries in the Lake Garda towns of Desenzano or Peschiera, on the southern shore of the lake.

Rovereto is also a good getaway town for Lake Garda, served by a good train station. Rovereto is most convenient to visit the northern tip of the lake (Riva del Garda) however, Rovereto itself is inland and not on the lake.

The easiest way to reach Lake Garda from the airport, in many cases, is by car. Find here our tips for driving in Italy.

What is the nearest airport to Lake Garda – Map

The nearest airport to Lake Garda is Verona. The official name of the airport is Verona Catullo di Villafranca and it is only 20Km from Peschiera.

As you can see, Verona is by far the most convenient airport for Lake Garda by distance and, as we will see below, if you want to reach the lake by public transport.

If you intend to rent a car, which we recommend to visit Lake Garda, then you can also choose other airports and drive from there.

Let’s have a look at each of them and the transport option from the airport to the lake.

How to get from Verona airport to Lake Garda

Verona airport is the closest airport to Lake Garda and the most convenient.

The airport is small but well organized and it is only 20 km from the southern shore of the lake, from where you can then board local transport to any other location on the lake.

To get from Verona airport to Lake Garda, you have a couple of options.

If you prefer to take the train or you want to include Verona in your itinerary, you need to board the shuttle to the Verona train station (called Verona Porta Nuova) and then get local transport to your destination of choice.

If you are heading to Peschiera del Garda, Desenzano del Garda or Rovereto, you can board one of the regular local trains serving these towns. If you are staying in a different town, the bus is often a more direct option.

How to get from Bergamo Airport to Lake Garda

The airport is tiny yet usually very busy thanks to the low-cost flying regularly coming in here from all over Europe and it is a good choice for getting to Lake Garda too.

In typical low-cost airport style, the connection from Bergamo Airport to Lake Garda is not direct and you need to get a shuttle first, then either a bus or a train, changing in Rovereto or Brescia.

While not well connected, this is one of the second nearest airports to lake Garda and good option especially if you intend to drive.

How to get from Venice airport to Lake Garda

Venice Marco Polo airport is another good option for flying into Lake Garda, especially if you spend a few days in Venice first.

The airport is closest to the southern shore of the lake but it is also well connected to Rovereto, which is the getaway town to the northern part of Lake Garda

From Marco Polo airport, the connection to Lake Garda is indirect: as you leave the airport, you need to take the train to Mestre and then a train to either Peschiera, Desenzano or Rovereto, then local transport to your destination.

Top tip: if you are planning to see Verona (you should!) as well, you can also catch the train from Venice to Verona, stay the night, and get the train or bus to the lake the morning after.

This is the official site of Venice Marco Polo airport

How to get from Bologna Airport to Lake Garda

Bologna airport is a small, seasonal airport that can be an option to reach Lake Garda if planning on renting a car. The distance between Bologna airport and Peschiera is about 150 km and the drive takes about 1.5 hours but the road is good and the journey usually straightforward,

If going by train, you need to get the shuttle from the Bologna airport to the main train station in Bologna first, then get a trian to Verona, Peschiera or Desenzano, then local transport to your destination.

You can find the official website of Bologna airport here

How to get from Treviso airport to Lake Garda

Treviso airport is another small airport that can be convenient for Lake Garda, if renting a car. Treviso is about 150 km from Peschiera and the drive to the lake takes about 2 hours.

This can be a good option especially if you are interested in stopping along the way: you will pass Padua, Vicenza and Verona, that are pretty towns worth seeing.

If you prefer to get from Treviso to Lake Garda by public transport, you need to catch the shuttle to Treviso train station or bus+train to Mestre: then use the trains and bus from there to Peschiera or Desenzano, then local transport.

How to get from Milan Malpensa airport to Lake Garda

Parts of Lake Garda are not far from Milan so landing in Milan for Lake Garda can make sense.

Malpensa is Milan’s biggest airport and the one you are most likely to fly into if coming from far away.

Since you may find yourself here, I have included it into this list however, Malpensa is a messy, inconvenient airport from many points of view so I would consider your options carefully before deciding!

The main issue with Malpensa is how far is it from everything.

The airport is connected to Milan central by train but the journey takes over an hour and, from here, you then need to catch a train to Peschiera or Desenzano (on the lake) and the possibly local transport to your final destination.

While possible, it is just very long. If you are not planning on staying in Milan, I would recommend looking into an alternative.

Otherwise, I recommend you make the most of the opportunity and spend one day in Milan before heading to the lake.

How to get from Milan Linate Airport to Lake Garda

Unlike Malpensa, Linate is rather small and easy to navigate.

It is also much closer to Milan than Malpensa and a more convenient one if you are just using Milan as a stepping stone to get to Lake Garda.

From Linate, you need to catch the shuttle to Milan centrale and from there you can then get a train to Desenzano, on the southern shore of the lake

Useful transport sites to get to Lake Garda from the airport

As you can see, getting from the airport to Lake Garda by public transport requires a bit of planning. Useful websites are:

Linee Lago – local buses to get around Lake Garda

I hope you found this transport guide to Lake Garda useful and it helped you plan your trip. Safe journey! 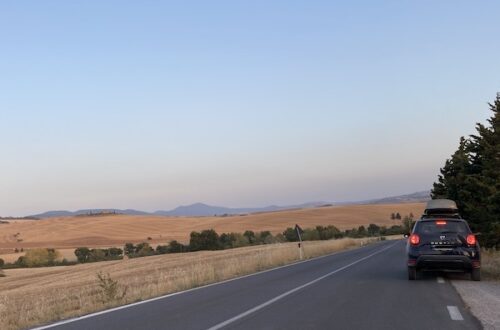 How to get around Italy: transportation guide for all types of travelers 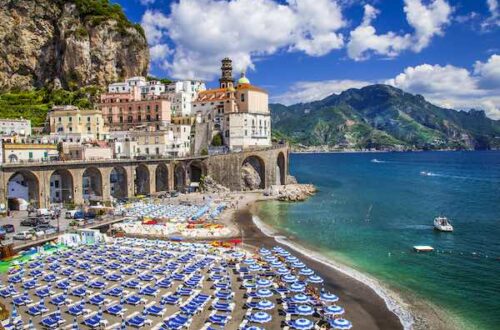 Beach clubs in Italy: how they work + all you need to know to book a spot

How to choose the best agriturismo for your Italian vacation